I was beginning to think I'd spend my whole life doing stuff I didn't really want to do.

I spent years working in animation. I thought animation was my way to get started in the creative industry. But it didn't suit me, I felt like a small part of a huge machine, drawing somebody else's characters. It's hard to take credit for that.

I forced myself to learn new skills and work my way through departments. But what happened eventually was that I got to the end of the road. I was a director, and I wasn't drawing anymore. I was just telling other people to draw. The reason I went into animation in the first place was to draw. So basically I just... I gave up my job, went on the dole and decided to start again.

It took me a couple years to figure out what I wanted to do, and eventually I landed an illustration job. It was great! I loved this industry because you could spend much more time on a single piece, focus more on the details...

The thing that was missing was that I didn't really have a style. I didn't have an illustration style. All the time I spent in animation, I was drifting through different productions every couple of months, always working in a different style. I had developed this mix of cartoony-comic-illustration styles.

I had 16 or 17 different styles. To work in illustration, I had to go away and pick one of them. And I couldn't really do that. So instead I tried to hone my styles down to as few as possible, and to use a limited palette.

I still think that I have several different styles going on, but the fact that I use similar colors throughout those styles, they look more cohesive to people. Otherwise, I wouldn’t be able to work for children’s books and work for adults as well. One style wouldn’t cover that.

I love the variety of projects I can work on, but I'm mostly proud of the fact that I'm working on projects I love. I am no longer worried about selecting the jobs that pay the most, I take jobs because they're great fun.

It’s taken me a long time to get to where I am, but I don’t think I could have done it any other way.

Designed by Steve Simpson. People are FREE to download and PRINT it. Link: http://bit.ly/1num0vt Attribution-NonCommercial-NoDerivs CC BY-NC-ND. Not for resale of commercial use - Copyright-SteveSimpson.com 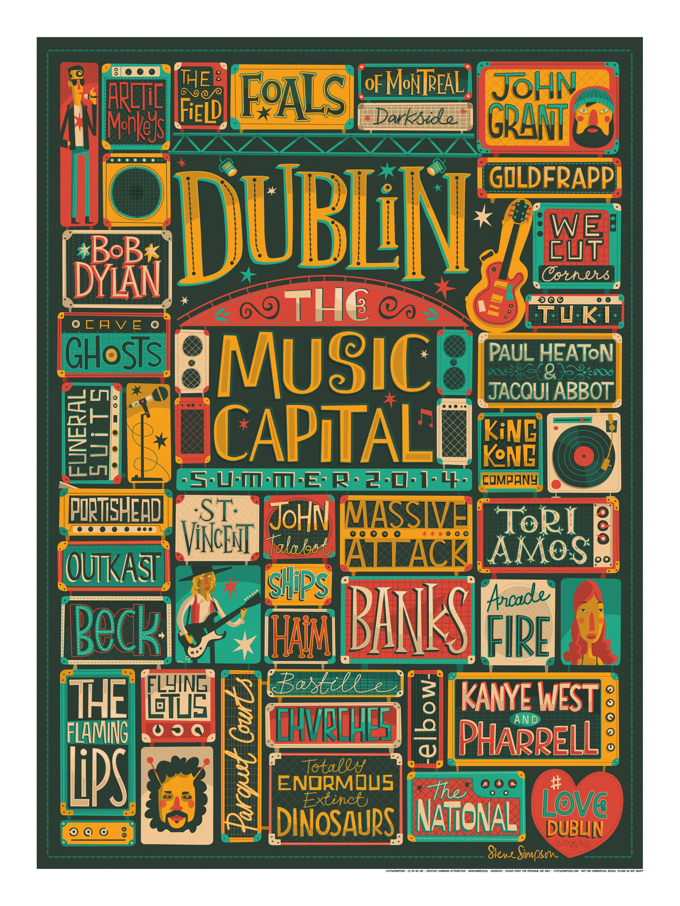 PS: We think Steve deserves it. Don't you?