Punk rock was my entry into design. Since I couldn't sing or play anything, I decided to try my hand at designing some gig posters.

Early on, Johnny was still living in his parent's house, storing everything there, it was a really small company. He was literally selling t-shirts out of the trunk of his car. It was very DIY, and I loved that... I actually think that DIY and punk rock are kind of interchangeable terms.

In a short amount of time, around 2005, the company just exploded, it was crazy, and with that came growing pains. I was designing shirts, designing and maintaining the website, doing flyers, etc... I worked so much that I ended up hitting a wall, I couldn’t anymore... Even if it was the best job I could ever dream of, the only way for me to get any relief was to quit, so I did.

If I had to change something about the design community? I feel like... Man, don't get me started. It’s going to get me in hot water with some people... Here’s the thing, it's hard work, and we sometimes get burnt out, like I did. But I feel like we are just really lucky to be working in air conditioned rooms, on nice computers, doing something we love. I feel a sense of humility about that.

So when designers talk about changing the world with their graphics, and it affecting millions of people, I’m like, yeah, in some superficial way, maybe... But at the end of the day, we’re communicating by drawing shapes on a computer, when there are people out there, changing the world in tangible ways. I’m not saying we don’t have any impact, but it’s hard for me to relate to people who have an unrealistic view of their work’s affect, especially when it’s a very luxurious profession to have. I think the design community could take itself a little less seriously, and focus more on craft.

Artist and designer from Florida.

Piece designed by Clark Orr for the LA based tattooer Jim Sylvia. 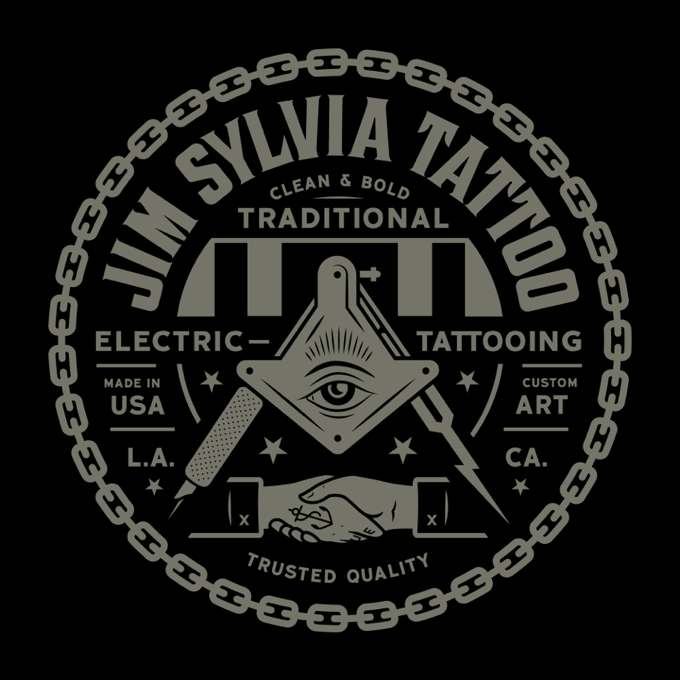 PS: We think Clark deserves it. Don't you?

You can get a lot of truth out of people that have no connection to you.

The creative world is constantly moulting. I think it's important to frequently question yourself…

A pretty intense argument with someone I care deeply about.

Every morning, I get to draw with my favorite tool, pencil.