You have to constantly explore new paths.

I met a lot of people in my life who said "you can't do that".

I won't blame them but when I was younger and I was asking advice about the future, I sometimes got stopped from doing things by this kind of answer. Now that I look at it with hindsight I think they were the wrong people to ask because they didn't know what to do with their lives either!

At the time, I struggled a lot with self confidence. Once, when I was at university, I tried to play guitar live on stage. Definitely not something recommended when you lack confidence... It was a crazy thing to do, just the idea of standing up in public was very uncomfortable to me, and having to play the guitar on top of that? It was a disaster, I was almost sick!

Fortunately I think I've learned from that and I'm quite happy now to stand up in front of a group of clients and talk about my work... But I won't ever play guitar again! Never!

I still have a small lack of confidence with my art, but I think it's normal. If you are 100% confident you start becoming arrogant and you sometimes take the wrong path. That said, I suppose you need a certain amount of confidence, just enough to still have to move forward and push yourself to get better.

I push myself because I know I'll always regret not trying something. I tried guitar and now I know I don't want to be a pop star... When I work I always try something new that I've never tried before... I always keep pushing, I always want to get better.

My art is definitely a personal journey that I'm exploring. I think you have to constantly explore new paths and if it doesn't work, no worries... you learn from that path and sometimes a great idea will come up from that experiment! 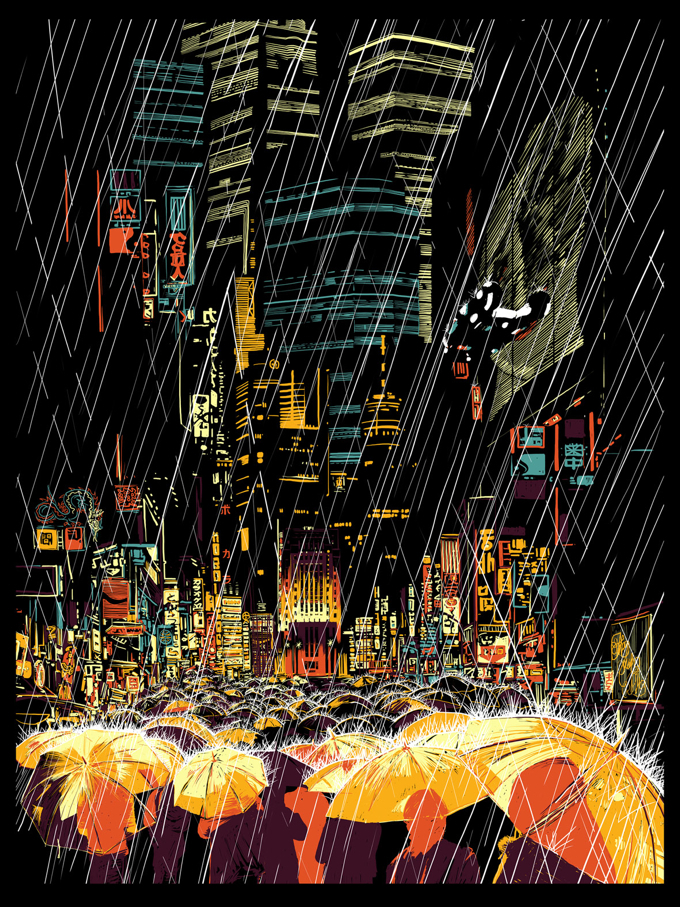 PS: We think Chris deserves it. Don't you?